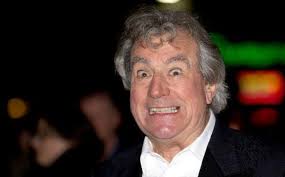 Sunday night saw Terry Jones honored by BAFTA for Lifetime Achievement, which you can read about here.  If you viewed it while it was live streamed or simply saw clips of it since then, I think you’ll agree it was a touching night, made more so by Terry’s announcement of his dementia diagnosis. Michael Palin gave a great speech, as did Terry’s son Bill. Even John Cleese was touched–and John isn’t a man consumed by sentiment!  While Terry may begin to fade from the public spotlight, his contributions will only become more obvious as time goes on. But as I’m sure he’d want me to remind you–he’s not dead yet!