I should probably point out that Terry Jones is getting a Lifetime Achievement Award this Sunday from BAFTA Wales.
As regular readers of this column know, Terry has recently gone public with his diagnosis of dementia, and although Terry won’t be speaking, his son Bill and Michael Palin will be presenting it. The ceremony will be streamed live, so anyone with internet access should be able to log on and watch. If you want to see it live, tune in to http://www.bafta.org/wales.
There’s a nice tribute page up for Terry on that site (I helped them organize some of the photos), and it should all be an emotional but celebratory time. It’s so nice to see an amazing talent and a wonderful man like Terry get the recognition he has earned, and I couldn’t be happier for him and his family. If you’re a fan of his, you won’t want to miss it. 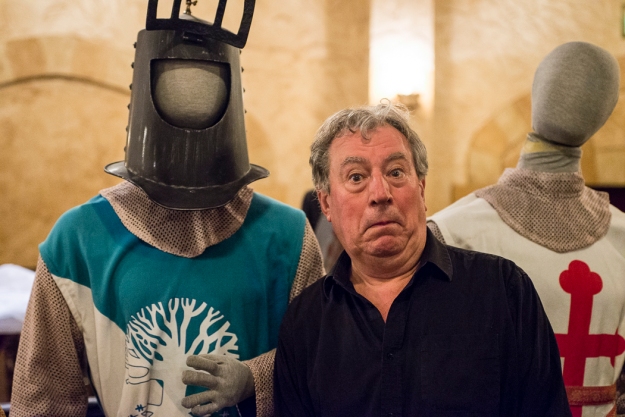