Michael Palin’s knighthood did not come as a total surprise to me. I heard rumors in recent weeks from rather reliable sources, so when the official announcement came, it was not a shock.

Still, the news that Michael would become a real-life k…nigget is a little amazing, yet completely Pythonesque. Knowing him over the past 40 years, and seeing him play one of the Knights Who Say Ni, there was little reason to think that it would ever happen. The Pythons were never particularly respectful of the Royals in the traditional British sense, and never took it all very seriously.

On the other hand, it makes complete sense. Once Michael began introducing TV viewers to the rest of the world, he took a step further from Python, and a step closer to the sort of chap that would become a knight.

And of all the Pythons, who better than Michael? John and Eric have been spending less and less time in Britain. Terry Jones never showed any inclination toward such an award. Graham is, unfortunately, dead. And Terry Gilliam—even worse—insisted on spending the majority of his life as an American.

So why not Michael? He has spent years as a respectable author and documentarian, distancing himself enough from Python that the Royals could overlook his portrayal of Sir Galahad and the leader of the Knights Who Say Ni, and encounters with the Pantomime Princess Margaret, enough to make him a real knight.

So congratulations Sir Michael! You have made this American very proud of you and your career. And best of all, I know that the next time we meet, you’ll be the same old Michael. 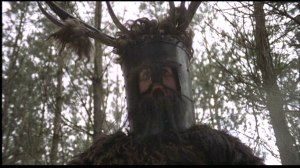 Ridiculously happy birthday wishes to Michael Palin, the last of the Pythons to turn three-quarters of a century! That’s 75 years of being the Nicest Man Alive (and I’m happy to say that I’ve known him for over half of them). 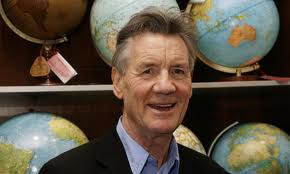 I’m going to celebrate by watching Michael’s brilliant performance in The Death of Stalin, where he portrays the nicest of the brutal Soviet despots. Happy birthday Michael, and many more! 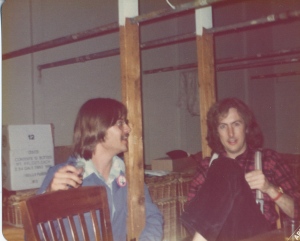 Hard to believe that I am older now than #ericidle when this was taken, backstage at the City Center (note the lumberjack shirt)!

U.S. Fans of Terry Jones, Monty Python and Robin Williams have been waiting a while to hear this news: at last there is a U.S. release scheduled for Absolutely Anything, written and directed by Terry. Here are the details.

My Python Process writing class and PythonProv improvisation classes at the iO Chicago are getting ready for their graduation shows, and I couldn’t be prouder. If you want to see why I’m so happy with them, stop by the Jason Chin Cabaret at 7 pm at the iO Tuesday, April 18 for PythonProv, and next Sunday night at 7 pm at the Chris Farley Cabaret at the iO. You will laugh.

Been a little while since I’ve posted. Sorry. In the past month, I’ve had one graduation, the holidays, getting the kid ready for a move and a new job, and getting ready for another Cleese trip, not to mention my 103-year old Aunt Betty passing away unexpectedly.

But this would have been Graham Chapman’s 76 birthday, and that’s always worth a thought. Graham was an active member of Python for 20 years, and a considerably less active Python for 28 years now. It took nothing less than death to slow him down, and even then, he’s still been popping up in places like the O2 show, and making an ash of himself in various reunions. In fact, one thing that Graham never was, was inactive, and I’m glad that trend continues.

I’ll start posting more regularly as I travel with Mr. C this month. If you’re in the Northeast or parts of the Midwestern US, keep watching–John Cleese is coming your way. And in keeping with our theme, he’ll doubtless have lots to say about Graham.

People often ask me “Would John Cleese recap all six seasons of The Walking Dead? Please?”

Because you asked so politely:

If you’re disappointed because your part of America didn’t have a chance to see Eric and John last year and this year. you’re still out of luck. But if you’ve always wanted to see Monty Python and the Holy Grail presented by John, with a full discussion of the film and audience Q&A, you’re in luck. During the month of January, there will be lots and lots of opportunities. Only three have been announced so far, but there will be more. Honest.

20 January – The Hanover Theatre for the Performing Arts, Maine.  You can access the PRE-SALE tickets using the password: GRAIL here. Pre-sale ends Monday 10 October at 10pm.

Sunday night saw Terry Jones honored by BAFTA for Lifetime Achievement, which you can read about here.  If you viewed it while it was live streamed or simply saw clips of it since then, I think you’ll agree it was a touching night, made more so by Terry’s announcement of his dementia diagnosis. Michael Palin gave a great speech, as did Terry’s son Bill. Even John Cleese was touched–and John isn’t a man consumed by sentiment!  While Terry may begin to fade from the public spotlight, his contributions will only become more obvious as time goes on. But as I’m sure he’d want me to remind you–he’s not dead yet!