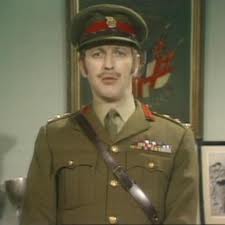 I’m sorry I’ve been posting less often lately (most of my posts seem to begin this way), but, among other things, I’ve been devoting a lot of my formerly free time to my Python classes at the iO Chicago. And it’s been a blast. To paraphrase something that Graham Chapman once told me, “I don’t let them know how much fun I’m having or they won’t want to pay me.”
Both sessions are winding up; my writing class, The Python Process, will be wrapping up with a staged reading on February 21 at 7 pm at the Chris Farley Theatre at the iO. This group has been turning out some incredibly funny material, week after week, and the audience is going to have a great time. My improv class, PythonProv, will be performing beginning at 7 pm February 26 in the same space, and this one will be just as funny.
Improvising in the style of @montypython is not the easiest thing in the world, and we may be the first group that’s made a serious attempt at it. And it’s going so well that we’re not going to let it drop after this session ends. And that’s why we’re going to continue on to a second level of PythonProv with the same group.
So why am I telling you all this if you aren’t in the group? Because we’re launching another session of PythonProv Level One classes beginning on Sunday, February 28. I don’t want to tell you how we do it, but I’ll give you one hint: while doing a long form improvisation, we chip away at everything that doesn’t look like #montypython. And it’s working!
If you’re interested, contact the iO Chicago. If you like Monty Python and improvising, you’re going to have a blast.