On January 8, 1941, Graham Chapman made his first appearance in Leicester, England. According to his autobiography, however, he was born in Leamington on February 7, 1942. Of course, one should keep in mind that it was titled A Liar’s Autobiography, and that should be enough to give you a pretty good idea of the sort of strangeness that Graham embraced his whole life. 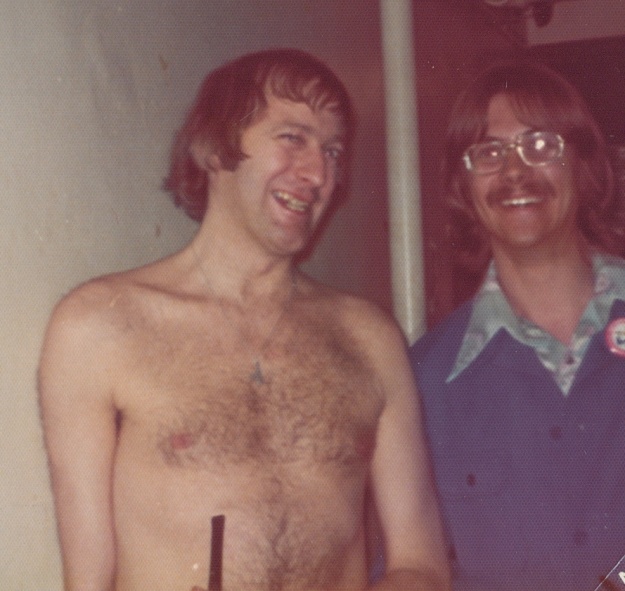 This is a photo of the second time I met Graham, in April of 1976, backstage at the City Center. I would be embarrassed at my leisure suit and ridiculous hair, except I’m with Graham, and Graham was never embarrassed about anything. Boy, do I miss him.