It was 50 years ago this weekend that the Fab Four arrived in America. Me? I didn’t have a clue. But once I did, I made up for lost time. 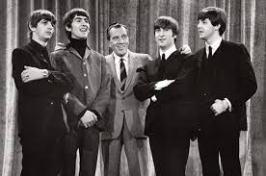 I missed their first appearance. But when I got to school Monday morning, the day after their historical appearance on The Ed Sullivan Show, it was all that anyone else in Miss Langbehn’s class could talk about.

After spending the next week hearing about little except The Beatles, I was determined that I wouldn’t miss their second appearance coming up again on Sunday night. I would be staying at my grandparent’s house, but I extracted a promise that we would have to watch Ed Sullivan that night. They gamely agreed, and I planted myself three feet from the black and white screen.

When they came on, I studied them closely. I wasn’t sure what they were, but I knew they were different, that things were changing. And when I returned to school the next morning, I joined in the conversation.

That week, my parents announced they were raising my weekly allowance, from ten cents to twenty five cents. I immediately spent the entire allotment on five packages of Beatles bubble gum cards, and they immediately questioned their judgment. (I still have the cards, which are now worth considerably more than a nickel, though I’m not planning on getting rid of them).

Then, I decided to get a Beatle album. It would be my first LP ever, a milestone of my childhood. One was cheaper than the others, so I grabbed it and went home to listen, and realized I had been ripped off. The voices coming out of the tiny, tinny speaker were not the Beatles. There were four Beatle songs and six songs nobody else has ever heard of, and none of them were sung by the Beatles. I read the liner notes on the back cover, which started with “Imitation is the sincerest form of flattery,” and knew I had been robbed.

As soon as I could scrape together the money, I immediately ran out and bought “Meet the Beatles”–the genuine article. That was more like it. It was my second LP. 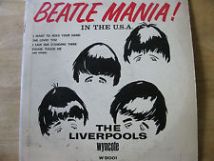 The rest was history, the kind of history that so many of us shared, watching The Beatles develop and grow, just as we developed and grew. I never saw them in concert–I was a little too young–but they were a huge part of my life then and now. I never met them, although I was delighted beyond words to meet and hang out with George Harrison on several occasions (as I’ve written about elsewhere on this site–thank you Monty Python).

I once did a radio interview with Frank Gorshin, best known today for his appearances as The Riddler on the ’60s Batman TV show. But before that, he was best known as an impressionist. He also performed on The Ed Sullivan Show on February 9, 1964, so I couldn’t resist asking him about it. The moment I did, I could tell he wished I hadn’t brought it up. Simply put, it was apparently not one of the highlights of his professional career. Of course, no one else on the show that night did very well either, as the audience was filled with teenaged girls who were only there for one reason. And it wasn’t Frank Gorshin.

My first LP is long gone. But I still have my second LP, and I’m not planning on getting rid of it, either. 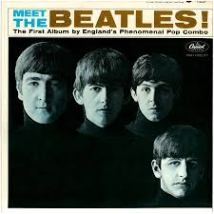