It’s hard to believe that Harry Nilsson has been gone for twenty years this week. 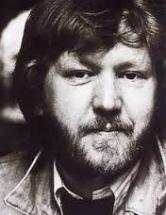 When I think of Harry, I think of a big, gregarious teddy-bear of a man, always smiling, always happy to see you. It’s hard to describe Harry to someone who doesn’t think they know who he was, because he did so much music that’s ubiquitous to our present-day culture. His was a quirky career, just as Harry was a man who embraced quirkiness. His best-known songs were not written by him (“Without You,” “Everybody’s Talkin'”), while the best-known songs that he wrote were not recorded by him (including Three Dog Night’s “One”).

I first met Harry when he hosted a party following the final night of Monty Python Live at the Hollywood Bowl. My pal George Harrison first introduced me to Harry. [The previous sentence is one that I try to use as often as possible.] Harry wrote the introduction to my third Monty Python book, Life Before (and After) Monty Python. I’m pretty proud of that book, but the introduction by Harry may be the best thing in it.

We were able to get together the few times Harry was in Chicago or, at the time, the few times I was in L.A. He had quit drinking and cleaned himself up admirably in the years before he left us. Recently, he’s been the subject of a biography, a documentary, the reissue of most of his albums in a boxed set. I’ll write more about Harry later. I miss him, but it’s good to know his music lives on.