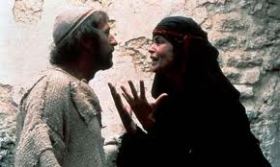 That’s the answer to the question I’ve been getting all day. The Python Reunion is on. 2014 is going to be the biggest Python year since 1983, when Meaning of Life was released.

I’ve known about this for months now–so much for everyone who said I couldn’t keep a secret!–but when I first found out, my reaction was much the same as everyone hearing about it today.

Even though Graham Chapman died in 1989, he will be included in the show. He wouldn’t have it any other way. But details are still being worked out. The guys just spent all day together, and scripts are being finalized.

There will be a press conference on Thursday in London, with the group announcing when and where. I’m still biting my lip, so you’ll have to come back here Thursday for all of the details. It’s going to be worth it.